Over the past decade, northern Spain has exploded onto the gastronomic scene and is an unmissable chapter of any foodie trip to Spain. The varied coastal and mountainous landscapes have led to a diet rich in fish, meat and dairy with many traditional dishes using this fresh local produce.

If pintxos and tapas are more to your taste, the local tourist office can advise on a variety of tapas and pintxos tours in order to take full advantage of the local cuisine. Sampling tapas and pintxos in the many bars and restaurants of the old town is a popular and fun way to try some of San Sebastian’s best dishes. 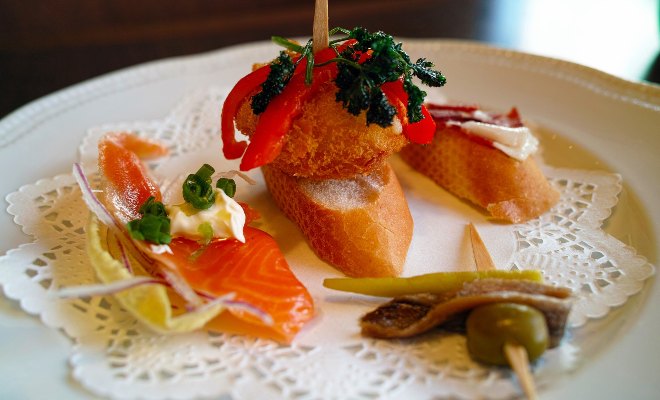 For wine lovers, a visit to Elciego is a must. This small town and municipality is located at the southern end of the Álava province where you will find the home of the famous Marques de Riscal hotel and vineyard. Designed by Frank Gehry, the architect behind Bilbao’s Guggenheim museum, the Marques de Riscal’s dramatic facade provides an interesting contrast against the luscious surrounding vineyards. You can arrange tours of the wine cellars as well as wine tastings as part of your stay, or make it a stop on your drive through the region. Marques de Riscal’s wine is considered a great Rioja wine, however this is a bit of a misnomer as it is actually located in the Basque Country and Rioja refers to the grapes which are grown in La Rioja. Elciego itself is a charming town and well worth a stroll around, you can also find a number of other wineries close by.

On the northern coast, near the French border, the Parador de Hondarribia is in a prime location for discovering San Sebastian’s gastronomic delights. This is the only Parador in the network with no restaurant, but there are several delightful restaurants and eateries nearby, in fact Hondarribia has its very own Michelin-starred restaurant, Alameda. You can explore the Basque Country’s rural offerings from the Parador de Argómaniz which is only an hour’s drive from Bilbao and is excellent for visiting both the Basque Country and La Rioja regions.

To the west of the Basque Country, you will find Cantabria, one of the smallest regions of Spain. Defined by its charming coastal towns and breath-taking natural scenery, Cantabria is also home to Santander, one of Spain’s most prominent port cities and the first destination for most people travelling to Spain via ferry. A trip to Santander’s fishing quarter rewards visitors with great paella and fresh ingredients caught earlier that day. Situated less than 20 miles from Santander is the picturesque town of Santillana del Mar whose cobbled streets and flower-filled façades make the perfect base to explore surrounding towns and cities. Dotted around you will find little restaurants housed in medieval buildings and the quality of food that matches the charm of the town. There are two Paradors in the town on opposing sides of the main square, the Parador de Santillana and the Parador de Santillana Gil Blas.

Cheese-lovers are in for a treat in Cantabria; the quality of the milk produced in the region is very high and cheese production in the area is a cherished trade. You can sample a large range of regional specialities such as the various carefully cured strong cheeses and ‘queso de nata’ (cream cheese) which can be found throughout the region. Famous local cheeses include Picón Treviso-Bejes blue cheese, special smoked cheese from Áliva, Pido and ‘quesucos’, made from a blend of cow and sheep’s milk .

Whilst in Cantabria, you should make time to enjoy its spectacular beaches. The Parador de Limpias is only a short drive away from the golden sands of Laredo’s beaches, and is well placed for a day trip to the delightful town of Santoña, so famous for its anchovies that it has an annual Anchovy festival each spring.

Any trip to northern Spain would be incomplete without a visit to the La Rioja region and its famous wines. Though it is another of the smaller regions in Spain, La Rioja has much to offer in terms of its pleasant landscape, wonderful towns and its delicious wine and it was in 1991 when wines from La Rioja earned the distinction of ‘calificada’ adding to ‘denominacion de origen’ – confirming the excellent quality vintage from this region. The historical town of Santo Domingo de la Calzada is home to two Paradors, Santo Domingo de la Calzada and Bernardo de Fresneda which offer easy access to nearby vineyards. On the edge of the La Rioja region you can find the Parador de Calahorra, where wine cellar visits and wine tasting in local bodegas are popular pursuits, or perhaps a visit to the Vivanco museum in Briones for a deeper insight into wine culture. Follow wine routes like Rioja Alta wine route or La Rioja Alavesa wine route in order to take full advantage of the vineyards on offer. Don’t forget a visit to the town of Haro, considered the capital of La Rioja, where each June you will find people throwing wine at each other as part of the yearly ‘Battle of the Wine’ festival in honour of St Peter’s Feast Day. 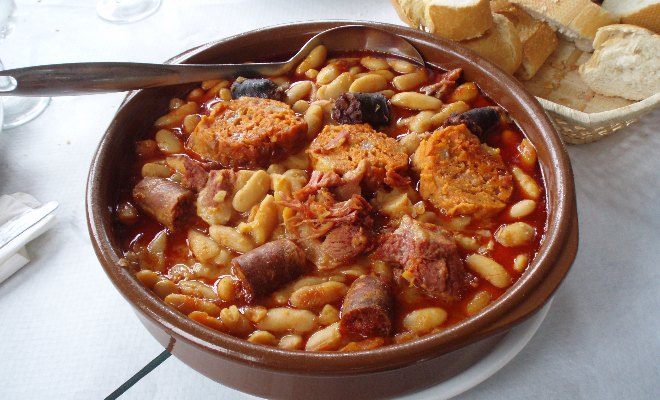 Heading to the west of Cantabria, you will cross over into Asturias, a notably green region rich in flora and fauna and home to Western Europe’s largest wild brown bear population located in in the Carondio and Valledor Mountain ranges as part of the ‘Protected Landscapes’. Asturias is also home to a unique tradition of cider pouring. Pop into a local bar, buy a cider and hold your glass low and pour your cider from on high to enjoy it the Asturian way, though take care where the cider is being poured! To accompany your cider, why not sample some typical dishes from the area such as ‘fabada asturiana’, a rich stew made with typical Asturian butterbeans, pork shoulder, chorizo, blood sausage and saffron. Further specialities include beans with clams, ‘cachopo’ (a dish consisting of 2 veal fillets with ham and cheese), and cabrales – a strong blue cheese from the Picos de Europa. Spend the night at the Parador de Cangas de Onís for a rural escape and short drive to the wonderful coastal town of Ribadesella, or bask in the natural verdant surroundings from the Parador de Corias.

Of course, no feature on northern Spanish cuisine can forget Catalonia, the region famous for its sparkling ‘Cava’ wine and introducing the world to Ferran Adrià, the chef who’s Michelin-starred restaurant ‘El Bulli’ was repeatedly crowned ‘best restaurant in the world’. The region is also home to the ‘El Celler de Can Roca’ restaurant which was the most recent Spanish eatery to hold the title. As of November 2017, Catalonia boasts 55 Michelin-starred restaurants, the greatest number of Michelin-starred restaurants in any Spanish region. Catalonia has a number of delicious specialties including ‘pa amb tomaquet’ (tomato bread) and ‘crema catalana’ (similar to creme brulée). We have a number of wonderful Paradors in the region including the imposing castle at Parador de Cardona, the latest addition to the Parador network the Parador de Lleida, and the very popular Parador de Aiguablava whose spectacular cliff-top location offers magnificent bay views. 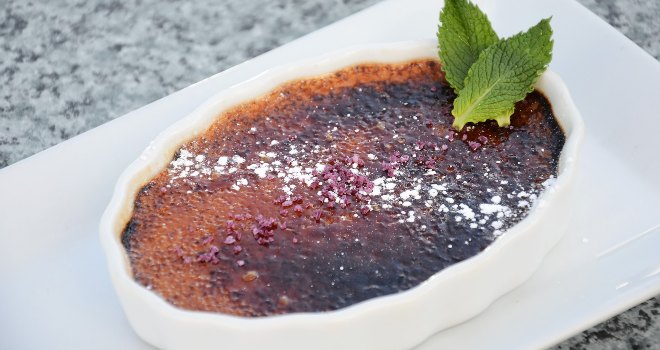 San Sebastian and Barcelona are well known for their Michelin-starred restaurants, but great food and restaurants can be found across the towns and cities of Spain. So if you are interested in discussing great food and locations across northern Spain and organising a tour, please do not hesitate to pop us a call on 0800 160 1013.