The Parador is set within the impressive Monterrei fortress which dates back to the 12th century. Featuring a parade ground, a defensive tower, a manor house and church, the fortress gives the impression of having your very own private village, whilst boasting magnificent views over the surrounding countryside and neighbouring Portugal.

The Parador itself occupies two important parts of the building, the Pazo de Condes Manor House which was built on the 15th and 17th centuries, and the Rectory Cottage which is the former residence of the parish priest and is attached to the Santa Maria de Gracias church. The Parador de Monterrey has only 12 rooms, offering exclusivity and tranquility to its guests and some rooms even feature part of the original defensive wall. 7 rooms are located in the palace building, and 5 are in the rectory cottage (one of which is an 'easy access' room).

You can relax in the Parador's patio, which features an ancient well, or on the shaded terraces which are framed by picturesque arches which are typical to the region. If you look closely, you will see the 'Escudos' family coats of arms which adorn the courtyard.

Verin is Galicia’s most southerly town of note complete with a cinema, a library and an exhibition hall. For those who have a taste for history, we recommend seeing Casa de la Cultura, a former historic educational establishment which is now used for cultural events and theatre productions, as well as the Casa del Asistente which is known as the ‘Casa del Escudo’ due to the family crests covering its walls (escudo is the Spanish for crest/shield), and the Casa de Los Acevedo, a historical building constructed in stone with three prominent arches and two balconies.

Green spaces and vineyards surround Verin and for wine lovers, you can try a traditional Monterrei wine with tapas.

The river Tamega winds around Verin, making its way through Galicia and heading towards Portugal which is just a stone’s throw away. You can hop over to Portugal for the day and visit the border town of Chaves with its famous roman bridge.

As for the festivals in Verin, take in the carnival in February with its fireworks, street musicians, flour fights, masked men running the streets, and the masked ball taking place over a weekend. Spend Easter in Verin, where you can enjoy celebratory dinners, the procession, and mass on the Sunday.

Guests are welcome to use the seasonal outdoor pool at the neighbouring Parador de Verín. 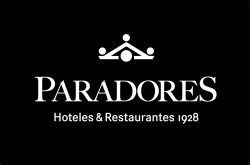 The Parador is only 500m away from the Parador de Verín. Take exit 160 (Verín -Portugal) off the A-52 (Benavente – Vigo). When you are on the N-532 make your way into the centre of Verín to get onto the N-525 (in the direction of Ourense). Upon exiting Verín, just after passing the village of Pazoss, take the OU-115 to access the Parador de Verín and the Parador Castillo de Monterrei.