How many of Spain’s greatest attractions have you ticked off your list?

We know that most people travelling from Parador to Parador tend to be familiar with many of Spain’s famous places of interest, but we find that no matter how many places we’ve been to, we’ve not managed to visit all of the country’s key attractions yet.

Spain is home to some of the world’s most cherished historical monuments and with 44 World Heritage Sites, it ranks third in the world for most sites behind China and Italy. We have composed a list of unmissable places to visit in Spain – which ones do you have yet to visit?

Spain’s most visited site, the Moorish fortress-palace of the Alhambra dates back to the 9th century and is the crowning jewel of Andalucia, standing proudly at the top of Granada. Originally consisting of the Alcazaba fortress, it was expanded by the Moors in the 13th and 14th centuries when it served as a royal residence for Moorish leaders and subsequent Catholic monarchs. Despite attempts by Napoleon to destroy the Alhambra, the beauty and art of the building remain in good condition and its peaceful gardens are shared with the Parador de Granada.

Entry tickets often sell out as early as 3 months in advance, so we recommend booking your tickets as soon as possible. 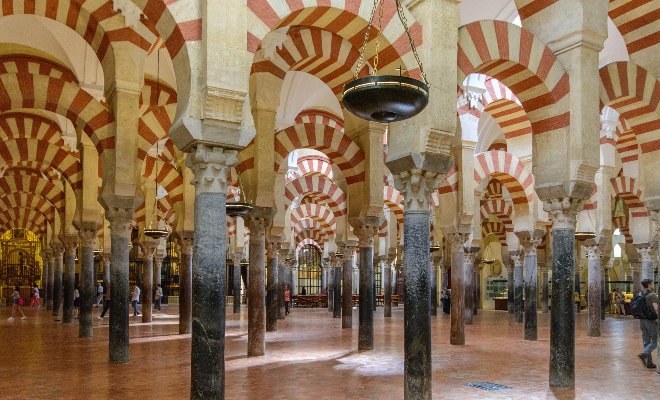 The Great Mosque of Córdoba, Córdoba

The Great Cathedral-Mosque of Córdoba (Mezquita), with its iconic white and terracotta Moorish arches, is the city’s most recognisable building. The Mosque was built on the site of an ancient Visigoth church in the 8th century and was added to by subsequent Moorish leaders in the 9th and 10th centuries. A Christian chapel was added in the 14th century and the grand cathedral was erected in the centre in the 16th century. This is a true testament to the shifting cultures that have inhabited Córdoba over the centuries. 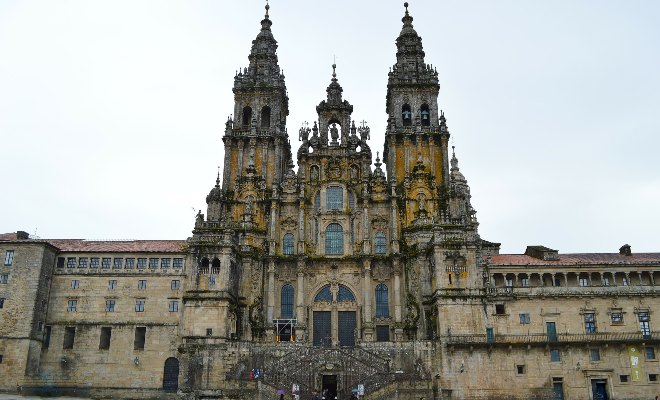 This is one of the most famous religious monuments in Spain and marks the final destination for pilgrims completing the Camino de Santiago (Way of St James). Initial construction began on the cathedral in the 11th century and later additions have created an impressive blend of architectural styles including Romanesque, Gothic and Baroque. The Cathedral is home to the crypt of Saint James and is rumoured to house his relics.

This beautiful fortress with its high reaching turrets looks like it has been plucked straight from a fairy tale. The first mention of the Alcázar dates back to 12th century Christian writings when it was used as a Royal residence by King Alfonso III. The Gothic elements of the building were added by later monarchs in the 13th century and the final touches were put in place in the 16th century. Since the 18th century the Alcázar has housed the Royal College of Artillery. Its strategic location overlooking the Eresma and Clamores Rivers hints at its military origins, and high positioning also serves to make the Alcázar stand out on Segovia’s skyline, adding to the majesty of the building. 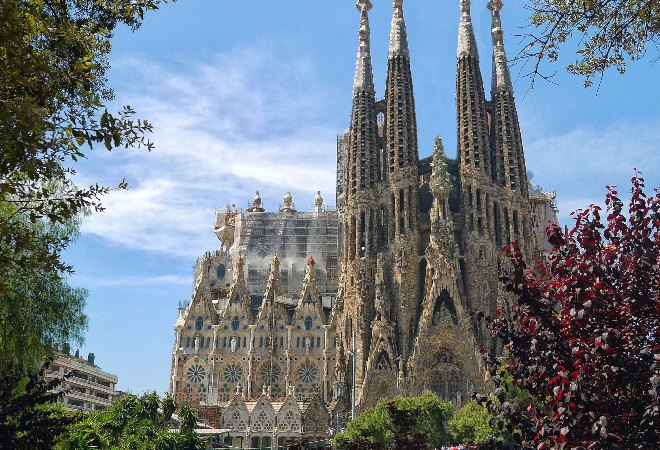 Gaudi’s visionary but unfinished cathedral is without doubt Barcelona’s most iconic building. Its multiple spires, dramatic and intricate facade, as well as its magical interiors cannot fail to impress and the never-ending construction to complete Gaudi’s vision only adds to the mysticism of the building. Will it ever be completed? 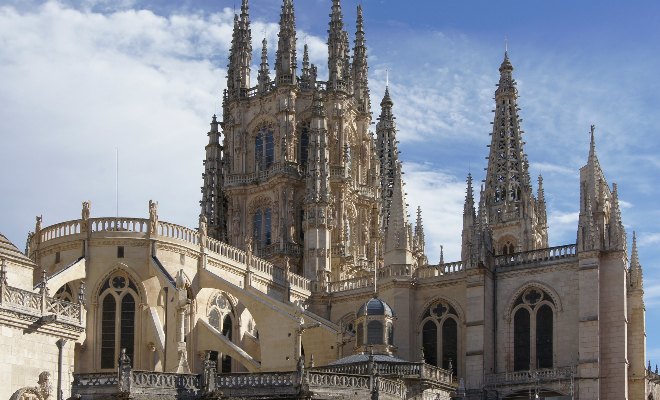 This Gothic Cathedral dates back to the 13th century and dominates Burgos’ skyline. Building began in 1221 and additions and extensions were added as late as the 18th century. Its architecture is considered one of the finest examples of the Spanish Gothic style and is unique in that is the only Spanish Cathedral that has received UNESCO World Heritage designation as a single site. Its claim to fame is as the final resting place of medieval military commander El Cid.

This unassuming town in Extremadura is home to some of Spain’s best preserved Roman ruins and was the most important city in the Iberian Peninsula under Roman occupation. The Roman Theatre composes part of the Archaeological Ensemble of Mérida which also includes a circus, amphitheatre and Roman bridge. The theatre dates back to 16 or 15 B.C and is in excellent condition, seating up to 3,000 people. Each summer there is a classical theatre festival on the site with performances beginning late at night to avoid the hot August sunshine. 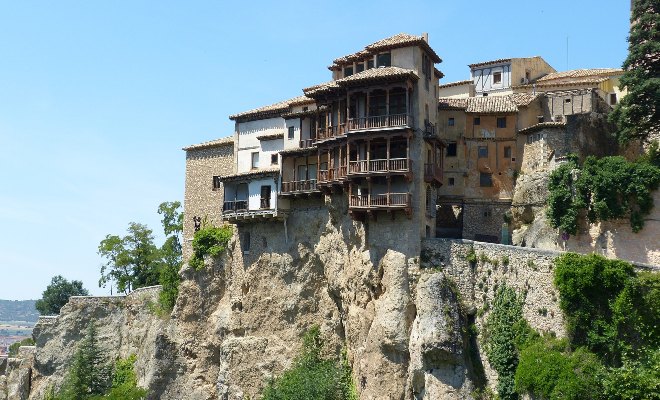 Balanced on the edge of a gorge on the Huécar River, these houses are daringly built onto the rock wall and are Cuenca’s pride and joy. Views of the houses can be enjoyed from the bridges crossing the gorge and from superior rooms at the Parador de Cuenca, which sits in the heart of the valley opposite the old town. 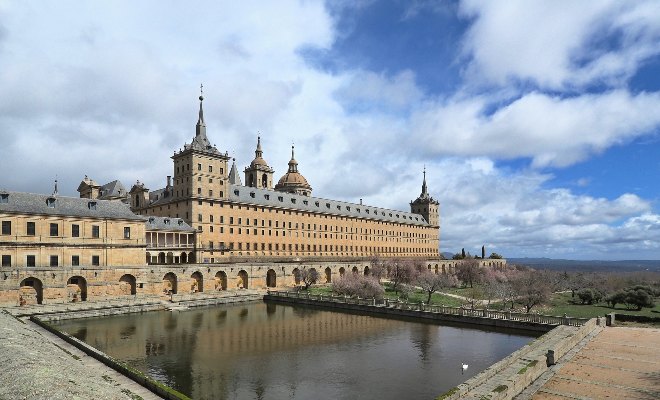 The Royal Monastery of San Lorenzo was built in the 16th century as a multipurpose complex by King Philip II to serve as a burial site for his father (Holy Roman Emperor Charles V), a monastery and a palace. This concept resulted in the very grand building with palatial gardens that we can see today, whose intricate interiors have been worked on by the likes of the artist El Greco.

The best ways to explore these sites is by a driving tour of Spain and Paradors have some excellent packages to help you discover Spain at a superb price. Pre-set 3 and 7 nights routes, such as the World Heritage City Route, feature many of the cities that house these wonders. The 5 Night Card offers you more flexibility in designing your route and is available from only €600 on B&B basis.